Aubrey and Richard were married at the beautiful Brant Point Lighthouse under sunny skies. From the start they knew they wanted an intimate wedding with just eachother, an officiant and someone to capture their lovely wedding day!  A few years back Richard worked on a boat that docked in Nantucket during the summer, thus Nantucket was the perfect choice for a place to marry the love of his life.  Aubrey and Richard share a love of history and the waterfront. Through research Richard had also found out that he had ancestors that lived here during the whaling era. The couple feels connected to the island in many ways and it was the ideal setting for their wedding!

Aubrey and Richard met about five years ago but it wasn’t until they crossed paths again about two and a half years ago that they began dating. Richard told me recently “When we got engaged we both knew we wanted the wedding to be just the two of us. We couldn’t imagine getting married anywhere else. We love it there!”

It was a perfect week on Nantucket. They stayed at one of the wharf cottages on Old North Wharf. They reconnected with old friends and made new ones. Amongst highlights they enjoyed the Brewery, the Whaling Museum, the beaches, dinners at Slip 14 and visiting all of the lighthouses.

The wedding day was a gift in every aspect. It was a perfect summer day and I truly enjoyed photographing this happy couple all over Nantucket. We had borrowed an old yellow Scout from a friend so they were rolling in style! Given Richard’s history of working on the water it was a given that we’d make our way down to the harbor front and we even did a few photos aboard the Althea K. Our evening proceeded with a cruise up historical Main St. and we did a few photos under the charming street lights.

And the fun didn’t stop there…..Since Aubrey and Richard were on Old North Wharf we were neighbors for the week and I must say I can’t wait until they come back! It was great spending time with them throughout the week!

Aubrey and Richard are back in Charleston, South Carolina and they have party planned with friends and family to celebrate their wedding.

Aubrey and Richard make each other laugh and as you will see they were smiling all day! I couldn’t be happier for you both and I look forward to your next Nantucket trip! 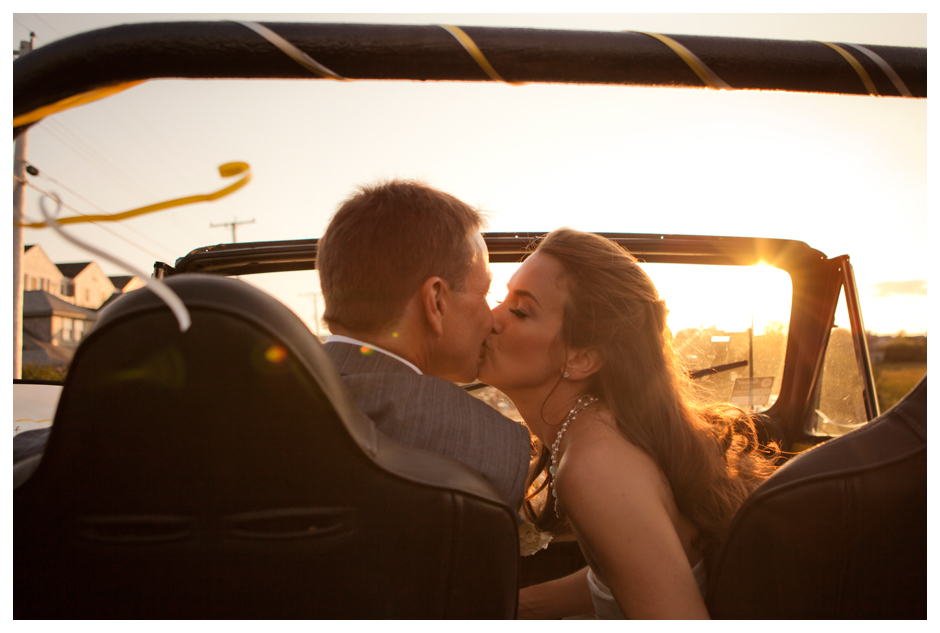